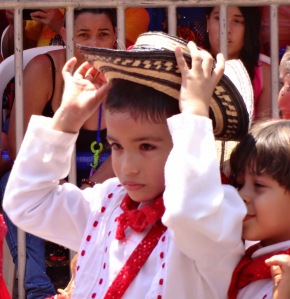 Carnaval – not just for the big kids.

This year, I took my two year-old son Marcello to the Desfile del Carnaval de los Niños, or the Children’s Carnaval Parade. Last year, being the clueless expat that I sometimes am, we totally missed it. I realized my lapse when we went over to a friend’s house later that same day and everyone — parents and kids alike — had on Carnaval attire. (There is a definite dress code to Carnaval events; the more screaming-loud colors involved, the better.) When I asked why, their incredulous stares clued me in to the fact that the Children’s Parade is a big deal. But until this past Sunday, I had no idea just how big a deal it is.

There must have been thousands of people in the few blocks that Marcello and I walked in order to find seats. And I’m pretty sure the parade route, like that of most of Barranquilla’s Carnaval parades, is really long. (The high school band member in me sweats at the thought.) Honestly, I can’t even begin to calculate the total number of people who must have been in attendance, or the number of children and youth in the parade itself.

Every time I hear that Barranquilla has the second largest Carnaval in the world after Rio, I take it with a grain of salt – after all, the big parades on Via 40 are big, but they don’t compare to photos I’ve seen of Rio’s Sambadrome. But then I attend something like yesterday’s Children’s Parade, and I mentally add all those people to all the people who attended the Noche de Guacherna on the Friday before and the parade on 84th Street on Saturday night and the “Gay Carnaval” parade and party later that same evening (I am bummed that I haven’t been able to attend that one yet). And then I think about how those events were all in one weekend, and how they don’t include all the events of the month prior and are only the tip of the iceberg when it comes to this next weekend, and I think, yeah, second largest in the world… there might be something to that after all.

No matter the exact number, it’s amazing to see a community pass on its traditions to so many young people who give every appearance of being psyched to be a part. 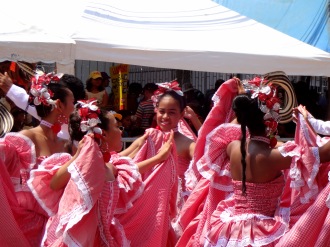 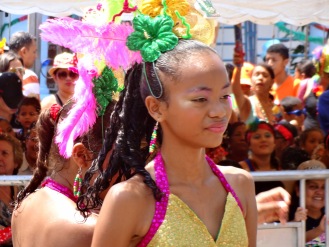 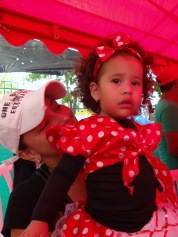 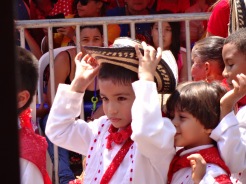 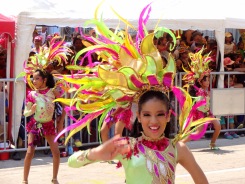 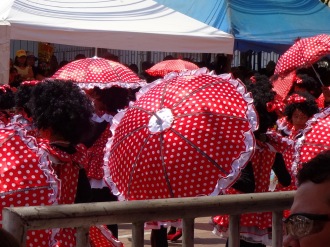 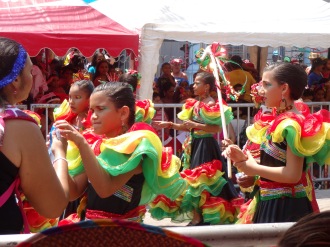 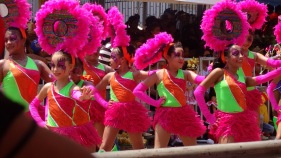 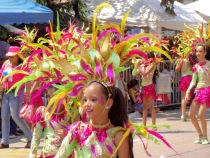 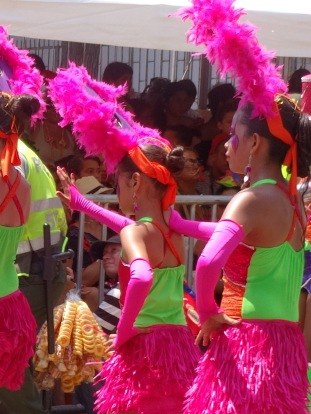 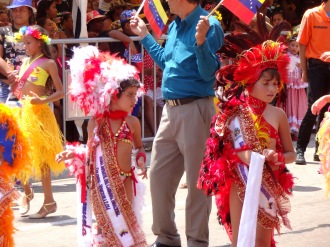 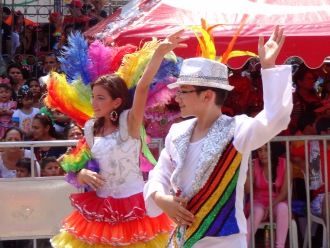 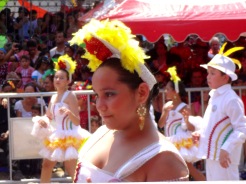 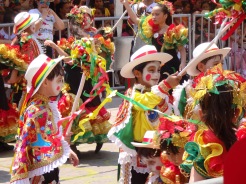 Only four days left until the 2014 Carnaval season reaches fever pitch this Saturday, March 1st, through Tuesday, March 4th. For those of you who are not much into Carnaval, fear not: I’ll be back to my regular written posts – I realize it’s been a lot of photos and videos lately – in just one week. In the meantime, consider taking the approach of the locals – if you can’t beat ‘em, join ‘em. The best way to handle Carnaval is to jump in and ride the wave.